On Thursday, 10th May I had a trip along to the AWS Summit at the ExCel London conference centre largely for the same reasons as I go to any other conference - to talk to the vendors and to go to a few of the sessions and speak to folk there.
I was expecting the AWS summit to be pretty much the same if on a slightly larger scale especially as I've been to things like the IP expo before and know how big ExCel is.

Overall I have to say that I was disspointed with how the AWS summit went. The technical content was absolutely fine and vendors were good even though there weren't that many there. The problems were totally down to ExCel organisation.

First of all, registration was a disaster. The conference provided QR codes which couldn't be scanned because the QR system had crashed. Also, only half the booths were open so after a 20 minute queue to get to check-in it all had to be done manually and the queuing was in a large, boring hall that had no wifi signal, this was also around 08:30 in the morning but okay, I get through that and then hit security and ExCel had more security than I've seen at an aiport. I'm talking multiple security on each hall, sniffer dogs, random bag checks and very long walks to even get into the halls because of queuing systems everywhere.

The most strange part was right around the time the keynote started. At this point all the tea and coffee machines were covered up and you couldn't use them. If you tried you'd get a serious telling off from conference staff. They were not to be used until the break. Why? because ExCel has coffee shops in the convention centre that sell tea and coffee at vastly inflated prices. I had decided to not go to the keynote because I'm not a fan of keynotes and I'd prefer to talk to vendors, this turned out to be a good idea because once the keynote ended it was impossible to get to the vendors because of the sea of people.

Trying to get into a technical session also involved queuing, queuing and more queuing. 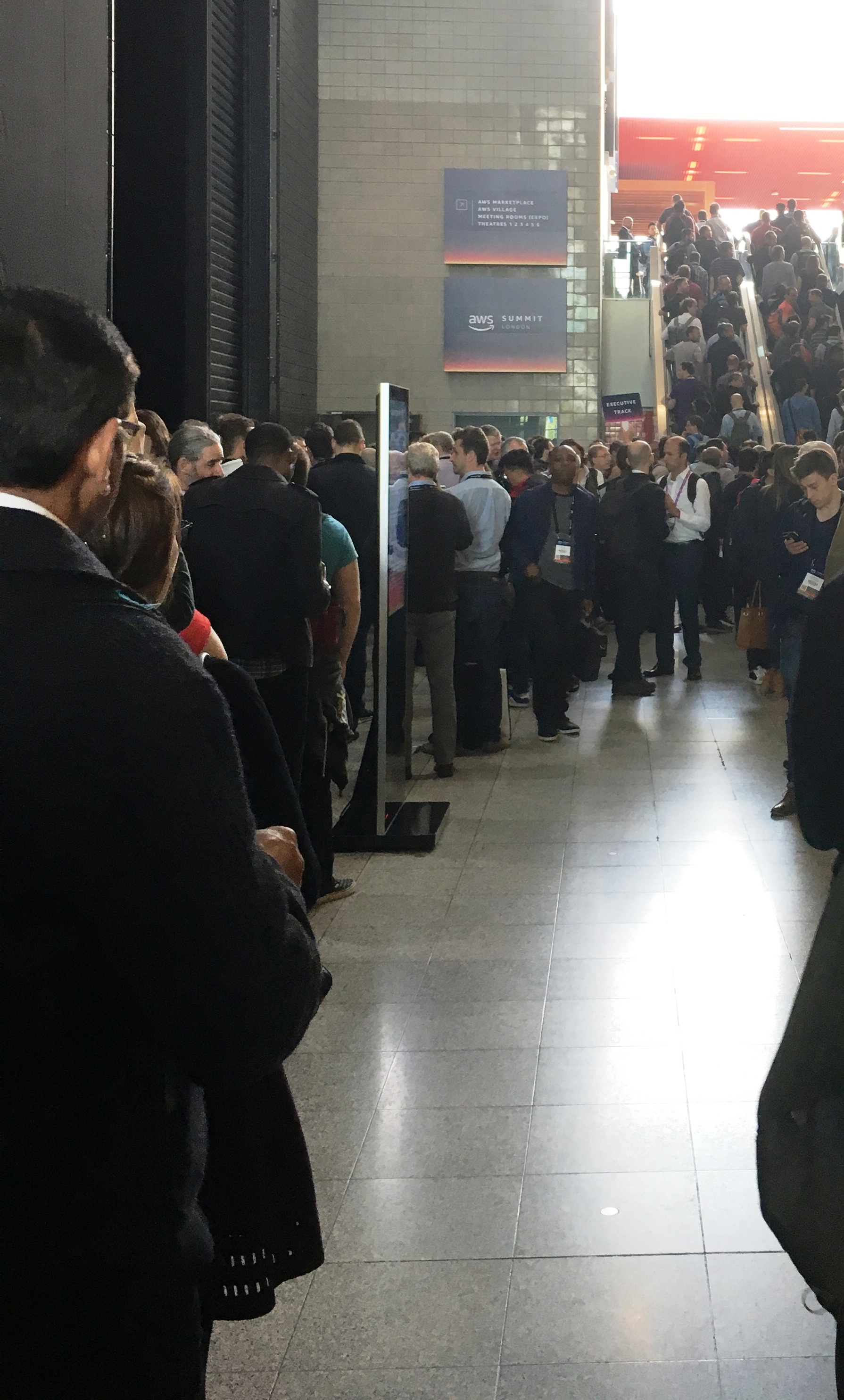 It's a huge shame because the technical aspects of the conference were really very good and I've come away with a few ideas around lambda and docker files that I'll be using and most likely blogging about in the next few weeks, one in particular is in the slide below and involves some rather cool load balancer manipulation in a way I'd never thought of before, certainly something I'm keen to test. 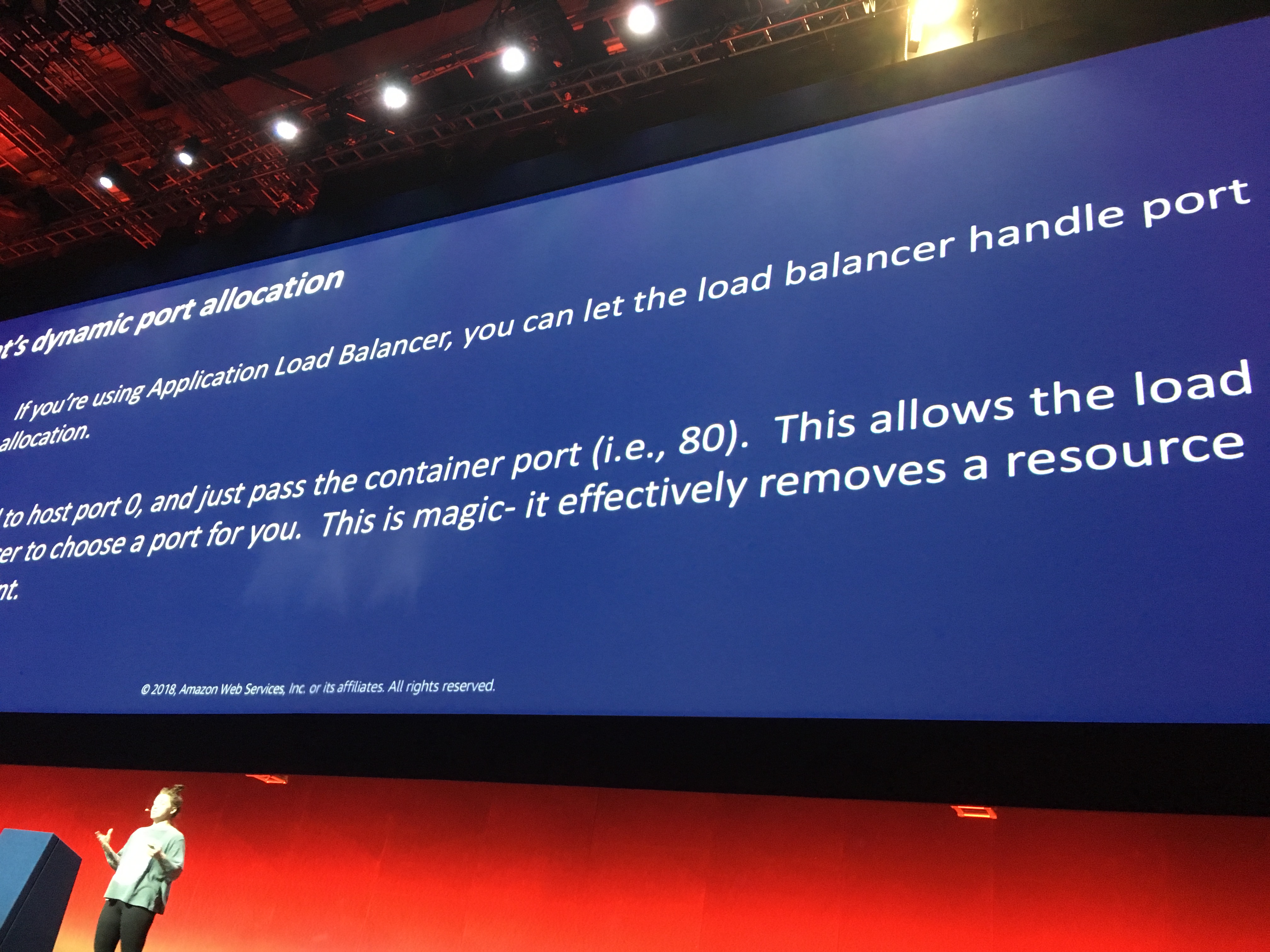 Overall, it was a good event but it was a shame that ExCel staff attitudes spoiled things. I'm going to think twice about attending anything at ExCel in the future.

Is re-consent for mailing lists required and how does PECR affect GDPR?

If you're considered setting up an internal CA, have a look at this.

Ramblings of a Sysadmin
—
AWS Summit, London 2018
Share this