Microsoft released the Windows terminal some time back and I have been using it since about version 0.1

If you have not seen the windows terminal before you can think of it as an upgrade to the command prompt. In many ways, it makes the command prompt more browser like with the addition of tabs. The windows terminal allows for simulateous sessions across various cli prompts. It is possible to have sessions in the standard cmd prompt, powershell and linux all at the same time. 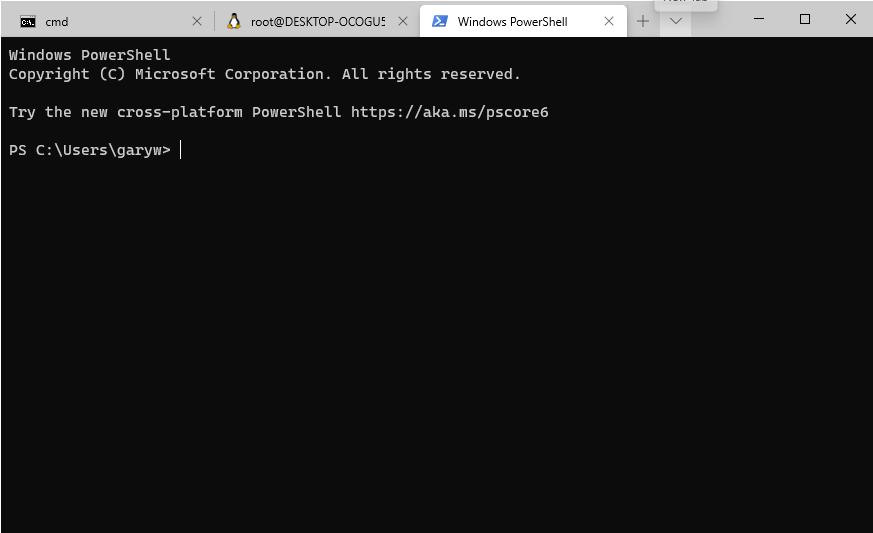 The really nice thing about Windows terminal is just how configurable it is. If you hit settings you will not see a traditional settings menu. Instead you see a JSON file. While a little scary to look if you have not seen one before. This sort of thing makes Windows terminal almost infinitely configurable. 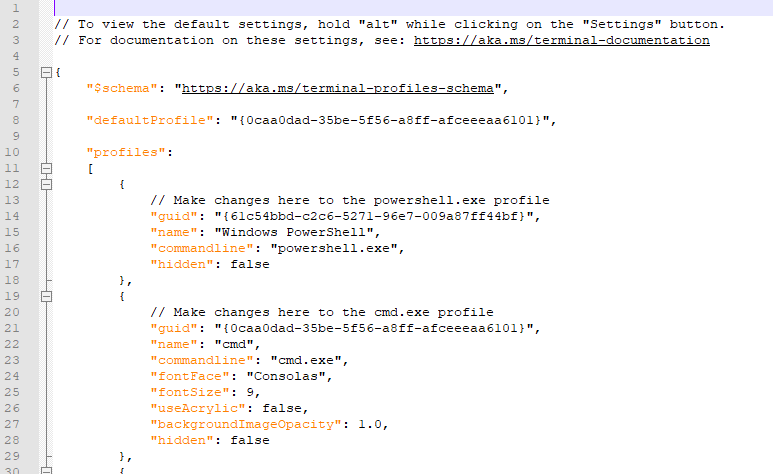 There are already a whole list of additional command line plugins that you can just add to the JSON file. There is a good GIT cli option here.

Installing it is very easy. You can get it from the Microsoft store. Personally, I am not that much of a fan of the MS store and it is awesome to see Microsoft starting to support [chocolately](https://www.gdwnet.com/2016/06/13/have_you_used_chocolatey/ installs as a quick "choco install microsoft-windows-terminal" will grab the latest build. Updates are just as easy to run via a "choco update microsoft-windows-terminal". Chocolately will need to run as a local admin for this to work.

There are also a hell of a lot of customisation options that I will touch on in future blog articles, for now, I just want to highlight how much better windows terminal is than the standard command line. As an example of this, Windows terminal supports a split pane option and you can get a view for how powerful this is with the command: 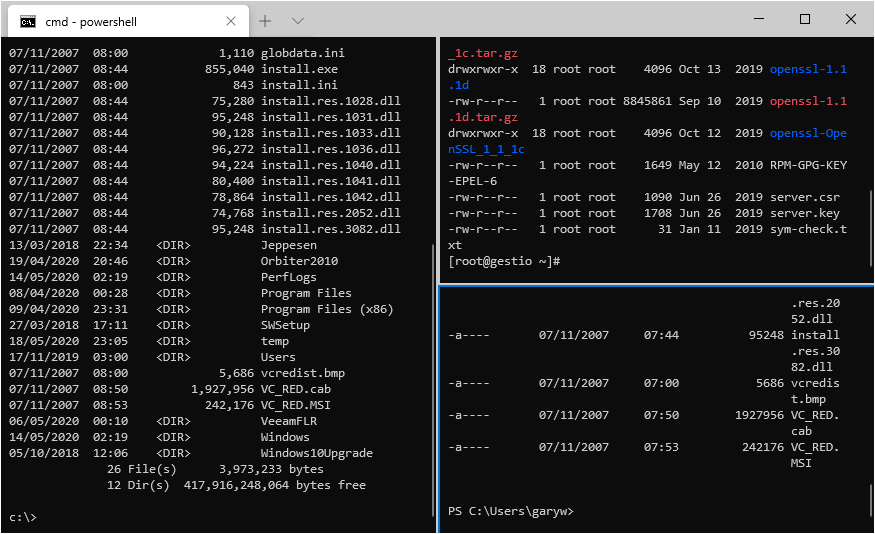 This is three panes. On the left is a standard windows cmd prompt. Top right is the unbuntu shall and bottom right is powershell.

I will be using the windows terminal in a lot more articles. For now I just wanted to highlight how handy this app is. You should go get it right now!

In this blog I take my first steps into CentOS 8 exploring the version of OpenSSL and Apache as well as taking a quick look at the supported TLS versions and cockpit.

A review of some issues seen on our corporate VPN in light of covid-19 and remote working.

Ramblings of a Sysadmin
—
Handy Apps - Windows terminal
Share this