The reason for this blog is to hopefully act as a concise summary of the vulnerbility and the MS patch numbers you need to deploy and check for. Personally, I find Microsoft's security portal a major pain to navigate through and trying to determine which files actually get replaced to fix this vulnerbility is a major headache as it is not longer as simple as that. I hope that this post helps cut through the noise and helps make systems safe from this vulneribility.

The vulnerbility is nicely demostrated by checkpoint software in a video they posted here. In this example, they use the exploit to crash the DNS server but I understand that it can also be used to provide local admin rights as a lot of people run DNS on their AD servers.
There is also https://research.checkpoint.com/2020/resolving-your-way-into-domain-admin-exploiting-a-17-year-old-bug-in-windows-dns-servers/ which goes into an awesome amount of detail about exactly how this vulneribility works.

In short, the vulnerbility can be fixed in one of two ways:

It's worth noting that this patch can trigger a few existing bugs and likely triggers some new ones. The most interesting I've seen so far is https://support.microsoft.com/en-gb/help/4467684 where password errors can occur in the cluster service stating that a password is too short. This appears to occur only if the minimum password length policy is 14 chars or greater.

Another interesting potential side effect is Windows not booting on Fugitsu and Lenovo laptops if they have less than 8GB RAM so worth testing if you use those laptop types.

The full list of OS'es, patches and more on the registry key can be found on MS site here

The CVE details for the vuln are here

At the time of my writing this blog there is not any proof of concept code. Expect this to change once the patch is reverse engineered.

I will also note that with tools like Shodan out there, it is very easy to find machines on the internet that are likely to be easy to compromise once exploit code is available. This is not a dig at Shodan, on the contrary, shodan perform a vital service to help expose how piss poor some setups are. 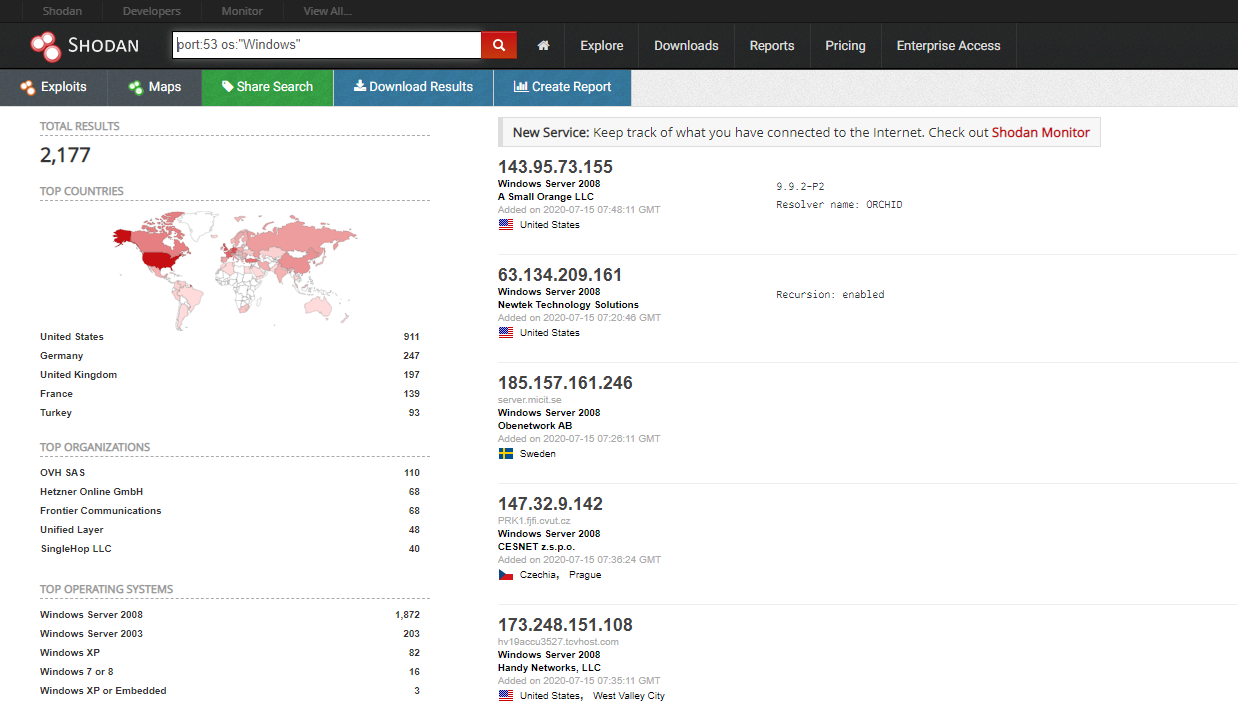 A power outage on my NAS corrupted VCentre, this is how I recovered it.

In this blog I take my first steps into CentOS 8 exploring the version of OpenSSL and Apache as well as taking a quick look at the supported TLS versions and cockpit.

Ramblings of a Sysadmin
—
Windows DNS flaw is serious - patch now.
Share this